A few years back when I was toying with the idea of taking the plunge with starting a new wind farm development consultancy I dutifully read all the popular literature concerning how to start a company. One highly influential book in the space is called “The Lean Startup” by Eric Ries. In the book, Ries describes a way of thinking that promotes starting a company in as lean a fashion as possible. “Failing fast” and building “minimum viable products” are two concepts that have emerged from the book into the mainstream. 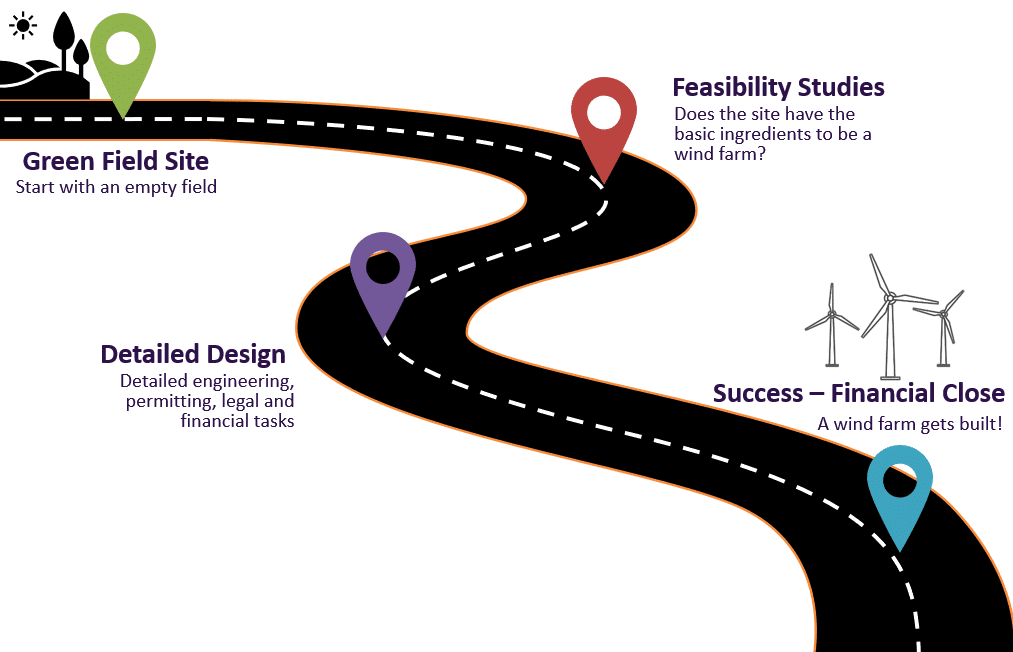 The book encourages the entrepreneur to concentrate on anything that might break a new venture and to actively look for fatal flaws in the business model. New ventures being inherently risky and it’s hard to predict the exact potential of a business concept but being lean has advantages:

At Wind Pioneers we have worked across more than 15 different markets and on hundreds of wind farm development sites covering the full spectrum of development stages. Parallels between startups and wind farm developments are easy to make. A wind farm site’s chances of success are modest, there’s a lot to be tested before success can be ensured but the rewards if it is are substantial.

Defining success within the development process as a site achieving financial close what we see is that there’s strong attrition of projects through the development cycle. A common trope is that 90% of high-growth startups fail, my experience with wind projects would be something similar. 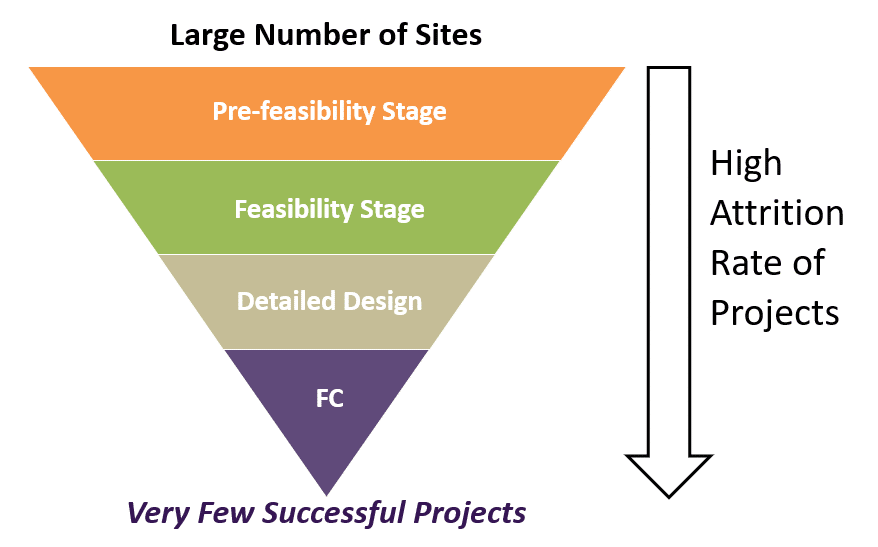 This risk is part of the game, and will always remain. But I strongly believe by being lean we can reduce costs sunk into dead sites, and improve our hit rates.

Project risks come in all shapes and sizes. Some risks, such as wind resource, are costly and time-consuming to test. You have little choice but to put expensive equipment on site for at least a year. Other risks, such as natural hazards or land classification can often be understood quickly and with minimal cost by the right expert.

The traditional project development cycle is fairly linear and fixed. Prefeasibility studies are followed by measurement campaigns which are followed by detailed studies. But what happens when something late in the development cycle creates a fatal flaw? An environmental study that shows sensitive nearby habitats? Grid studies that show upgrades are a prerequisite? Holdout landowners unwilling to provide easements? A spanner in the works at a late stage has expensive, costly consequences.

Scrapping the traditional development approach, we can see the benefits of a lean approach. Instead of trying to prove a site’s full potential on day one, we focus hawk-like on what might kill it.

Under traditional approaches, measurement campaigns go into the ground early. In a lean approach wind resource as a risk is first evaluated. If there are minimal reference measurements in a region and the existing mapping is suggesting marginal wind resource, then let’s prioritize that measurement campaign. On the other hand, if there’s a similar project just down the road that’s known to have excellent wind resources perhaps instead 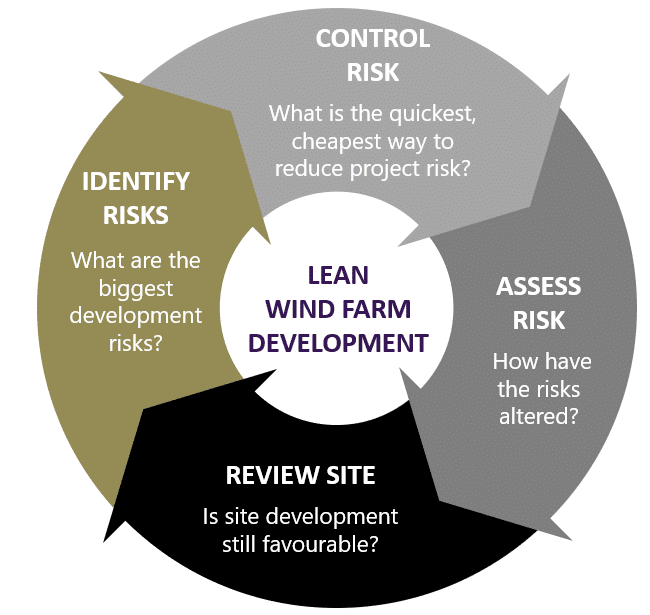 we should invest our time and resources elsewhere. Maybe a preliminary grid study or a high-level logistics are equally substantial risks that can be resolved in weeks rather than months.

At every point in time, we ask ourselves what risk can we understand and mitigate with the least time and effort that’s going to reduce the overall risk profile of the project to the greatest extent?

Lean wind farm development can’t guarantee that a site is going to be a peachy wind farm any more than we can guarantee that someone’s new business making vegan dog cookies is a good idea. But the sooner we find out it’s not, the more time and resources we can spend on the sites that have the most potential. 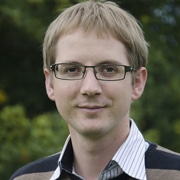 Here’s Jerry, the Founder of Wind Pioneers. He started Wind Pioneers with a drive to improve the way wind farms are created. He’s a little embarrassed about how much time he spends thinking about wind farming, and it’s certainly a dangerous topic of conversation to get him started on unless you have a lot of time on your hands. When he gets some time off, he enjoys traveling to new corners of the planet (though is often guilty of being on the lookout for windy sites in exotic places when he’s meant to be on holiday…)